On Saturday, August 3rd, Tidioute will host thier 11th annual World War II Reenanctment but this year things will be a bit different as a new battle will be reenacted.  This year the public battle will be "The Bridge at Nijmegen, Holland, - Operation Market Garden".

Some of you may remember the 1977 war movie, "A Bridge Too Far".  This is the same battle that will be reenacted live in Tidioute this year.  2019 Marks the 75th anniversary of this battle.  Market Garden was the largest Allied Airborne drop during WWII.  This operation was planned by Bristish General Montgomery to capture three major bridges in Holland up the Rhine River.  Bristish armor and infantry units would link up with American and British paratrooper divisions.  Many new British and Canadian units will be attending.  The 101st and 82nd Airborne units will also be represented as several hundred reenactors from all over the United States and Canada merge to bring history to life.

World War II Veterans Bruce Ziegler, of Tidioute, PA. (left) and Kermit Schwartz, of Canadaqua, NY. (right) in the veterans tent during the 2018 Reenanctment.  The two men served together in the 66th Infantry Division, "Black Panthers" 262nd Regiment, Company I Mortoar Squad - European Theatre.  Sadly we lost Mr. Ziegler this year.  He will be missed by many as his service and dedication to our community and country will not be forgotten.

The official 2018 reenactment t-shirts have sold out but the 2019 shirts have arrived and are on sale.  Prices will remain the same and be $15.00 each and are available in sizes small through 3 XL.  They will be for sale at the Tidioute Borough Office located at 129 Main Street and on the grounds the day of the event.  All proceeds go to the Reenactment Committee and help defray the cost of the event. Hats are also available this year for $15.00

Visit www.remagenbridge.com for more information and photos of past events.

Reenacting the 1945 Battle of the bridge at Remagen, Germany

Need to locate contact information? Find the right person to talk to in the local Borough offices of Tidioute now. ﻿

We're looking forward to hearing from you!

Get directions for your next visit to Tidioute, Pennsylvania.

Check out the Events page to find out what is going on in our beautiful town. 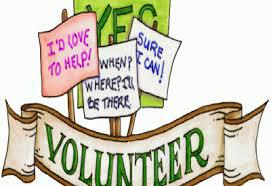